Irven G. Reynolds, Sr. founded Reynolds Buick in 1915 due to bad weather. At the time, Irv packed oranges at the local packing house. That winter all the oranges froze and the packing house did not have much work. Irv had a friend buy a Buick from the Howard Automotive Company, the local distributor for Buick in Los Angeles. Since Irv was not working, he took the train into Los Angeles to pick up his friend’s car. While he was there, he was talked into taking two Buicks and selling cars for the Howard Automotive Company.

Irv enjoyed selling cars, so he rented a desk from Daddy Webber, who owned the local gasoline station, for $15 a month. Irv would sell Buicks by borrowing a car he had previously sold and by using brochures. When he sold a car he would go into Los Angeles, bring the car back to Covina, and then teach the new owner how to drive. In 1922 Irv opened up his own facility selling Buicks on the corner of Citrus and Badillo and in 1923 he added the GMC Truck franchise.

In 1950 Pete started working at the dealership. In 1958 he became the dealer and moved the store to our current facility in 1965. Also in the 60’s, Reynolds Buick sponsored various drag racing cars driven by “Pop” Kennedy. In 1962 we won the Indy Nationals with a time of 14.21 seconds. In the 70’s Pete started selling motorhomes, and became the largest dealer for General Motors Motorhomes in the country. In the 80’s, Reynolds Buick saw an explosion of Buick sales with one month selling 179, and one year we sold 1204 Buicks.

Since the 80’s, the automobile market has changed from cars to trucks. Today we are one of the largest truck dealers in the area. In commercial trucks, we are the largest W-Series dealer on the west coast, and we are third in the country.

Since 1915, we have always been the best in the business. We take pride in our heritage, and work hard to preserve the values and dreams of Irv Reynolds.

Today, visit us in Covina, CA for all of your GMC and Isuzu commercial truck needs. We offer light duty and medium duty trucks for sale such as new and used NPR, NQR, NRR, Reach Van, Topkick and T-Series Trucks. As a certified California Isuzu dealer, our inventory includes a variety of box trucks like the Isuzu N Series to serve your needs in Southern California including Los Angeles, Santa Ana, Long Beach, Pasadena and surrounding areas. 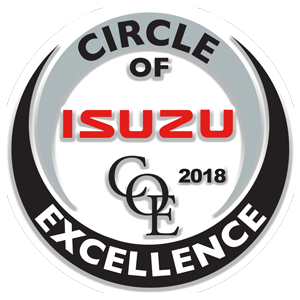